Today marks 6 months since Ming had his leg amputated! It feels like it’s been forever but it’s only been a short amount of time. Ming is doing wonderful and you can hardly even tell he’s missing a leg. He does seem to have his down days but I would expect that.

He is a very spoilt boy and our whole house feels like its full of his toys. Every month on the 25th he gets new toys and a special dinner. 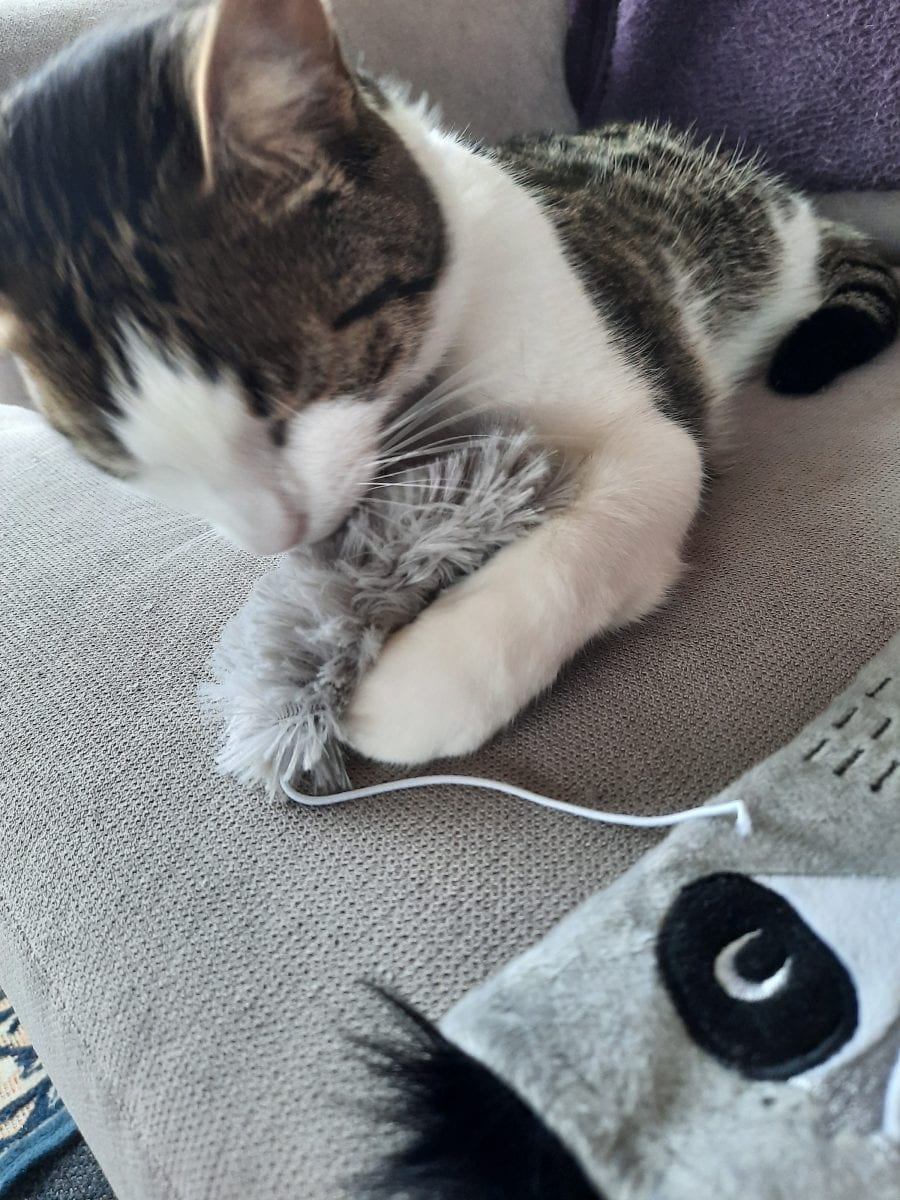 What have I learned in the 6 months of Ming being a Tripawd?

I can’t believe how far Ming has come in 6 months. I’m still very thankful he is still with me and we get to be best friends forever 🙂 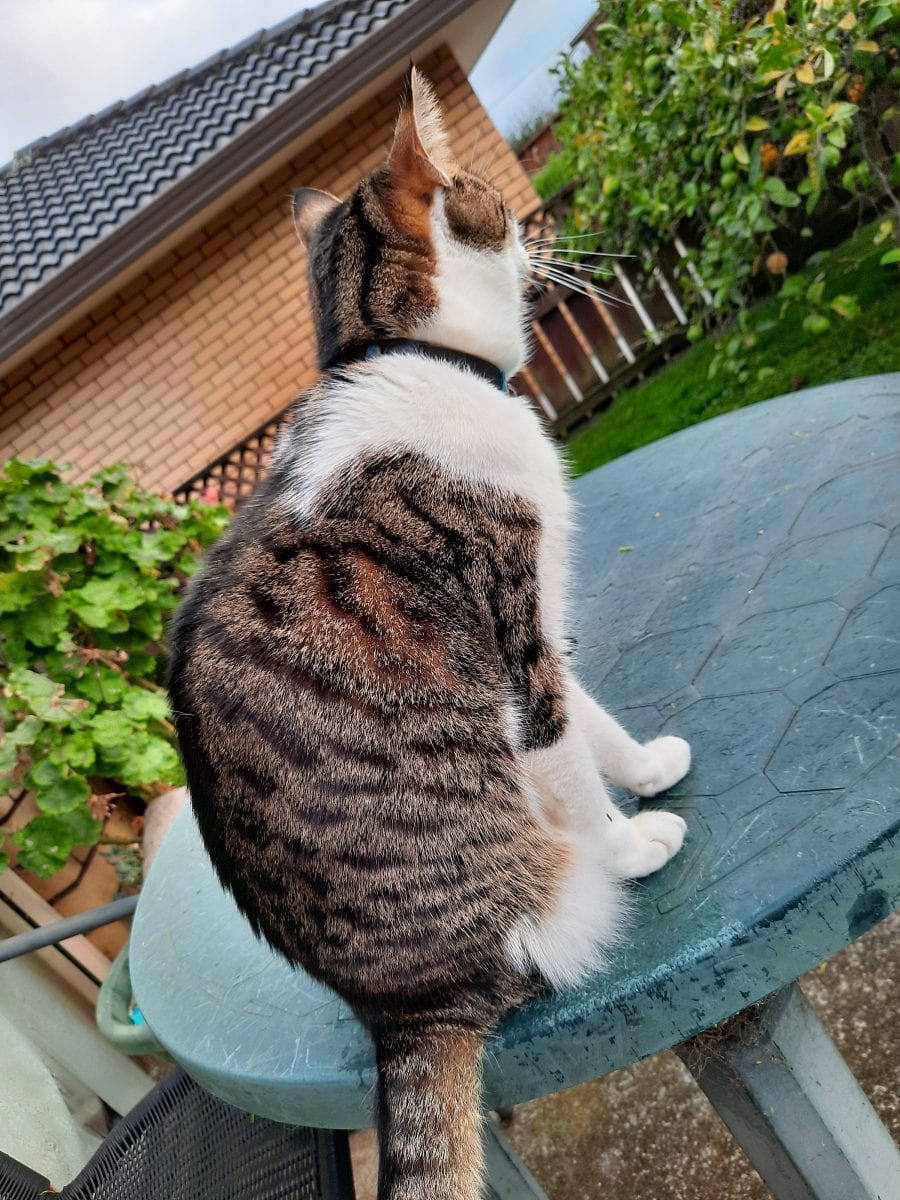 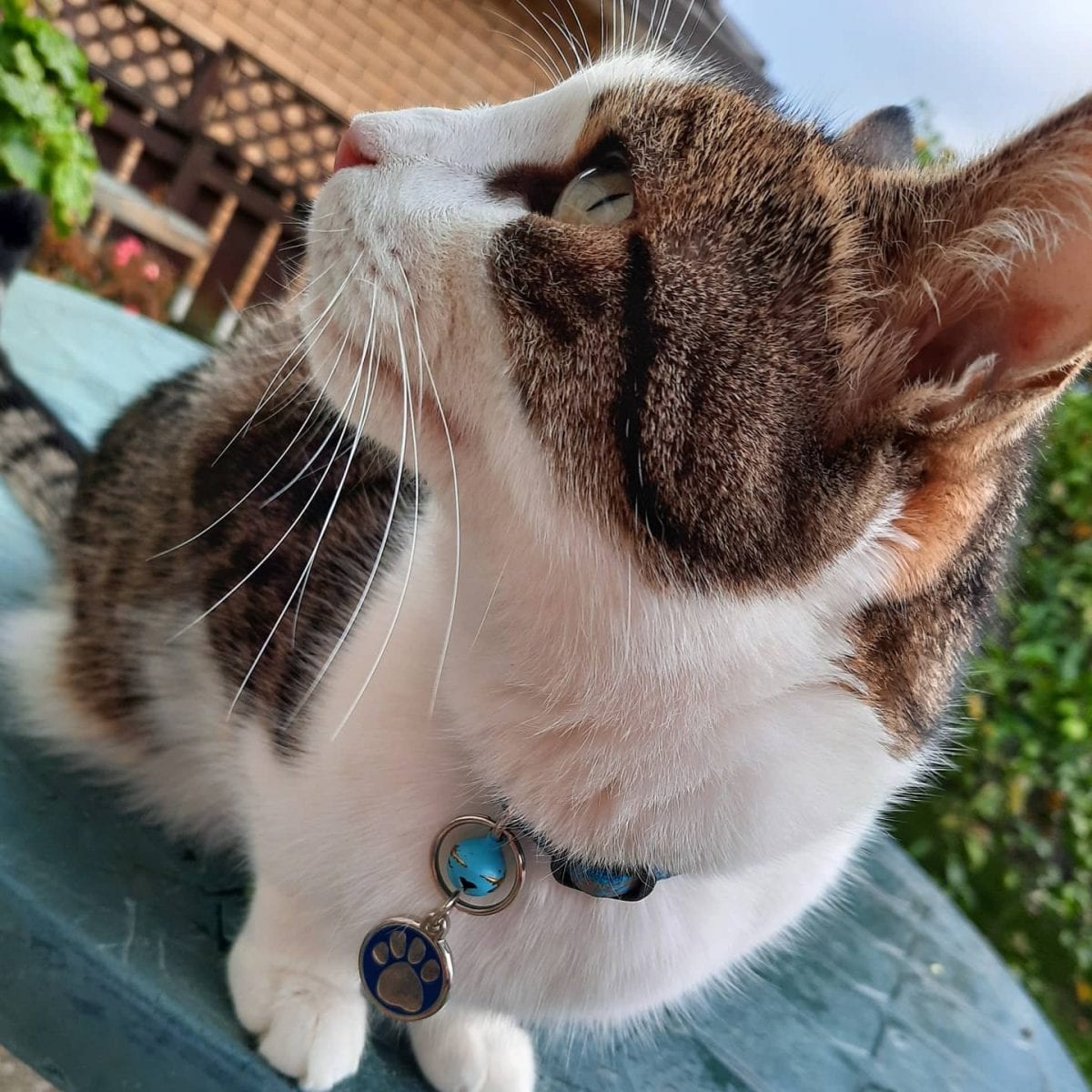 3 months ago today I was picking Ming up from the vet after his leg was amputated. 3 months later and he is amazing! He’s still the friendliest cat you’ll meet, he still enjoys running and climbing and he still enjoys playing with his favourite toys.

I will admit though, the first few weeks were very hard. I even thought at one point if leg amputation really was the best for him. It was difficult watching such an energetic and playful cat just lay there and do nothing all day. Everyone kept trying to tell me it’ll get better, which I knew, but that still doesn’t mean it wasn’t hard to watch. Weeks went on and he just didn’t want to do anything. He suffered terribly from suspected phantom pains which didn’t stop until his stitches came out. Out of nowhere he would just freak out and hiss at nothing. You never knew when it would happen. He still wanted attention and cuddles though which made me realise he was okay and just needed quite a bit of time.

About one month after his amputation he started to become much more active. He started playing with his little mice toys around the house and would chase one of those mice on a stick toys. He always follows us around the house and wants to watch whatever we are doing. Noticing the little changes with him made me feel much better about my decision. He was becoming the original Ming again. I know he needed time to rest and heal, the same as a person would if they had an amputation.

Even though we are 3 months in, he still has his struggles. Sometimes when he gets too excited he can lose his balance and fall over. Which he just gets back up and keeps going. I wasn’t expecting him to get used to it within a couple of months. Every day he is getting better and better and I am very happy with the decision I made to get his leg amputated.

With the sun out his favourite thing to do is lay in the shade outside! (We are with him outside, he can’t go far!)

On Sunday, November 24th, 2019, Ming walked through the ranch slider at 6 am hobbling. My Mum called me out to take a look and I couldn’t believe what I was seeing. There was blood down his leg and the bone was clearly visible and his leg was in a position I didn’t even think was possible. Obviously, we rushed him to the nearest Emergency Vet. They told us he had a severe fracture that was classed as an open wound so an x-ray wasn’t necessary. The only thing they could do was amputate it.

They wanted $2500 and being an 18 year old freshly out of High School, I had $360 to my name. I knew I was able to get the money though and set up a payment plan with someone I knew. I told them to take what I had and give me an hour to get the rest of the money. Shockingly, they told me no and they wanted the money now. I begged them with all I had but they would not change their mind. They gave me 10 minutes to sit with Ming and decide whether to surrender him to the SPCA or put him down. I did the logical thing and surrender him. I was not going to put him down if it wasn’t needed. However, I wasn’t going to give up so I went home and just as I thought, I was able to get the money and set up a payment plan. So I called up the vet and found he was already gone. I called up the SPCA and told them my situation and while they understood, they couldn’t give him back as I signed the papers and was deemed unable to care for my cat. I couldn’t argue anymore and accepted he was gone.

The next morning, I received a call from a random number. It was an SPCA inspector who said they were going to go against what they usually do and consider me a special circumstance. They told me if I were able to set up Mings amputation with another vet, I could have him back. I rang up my usual vet and got that all settled. I met the SPCA inspector at the vets and was reunited with Ming. While Ming was waiting to be seen by a vet, the SPCA inspector had a word with me. They found what the previous vet did to me was wrong and shouldn’t have done what they did. I clearly wanted to look after my cat and the SPCA could see that and that is why Ming was returned to me. They told me if anything like that were to happen again, I can call them and they will step in. If it weren’t for the generosity of the SPCA, I would not have my best friend right now.

On the afternoon of Monday, 25th of November, 2019, Ming had his amputation surgery. Before his surgery, the vet called me in to discuss his health.  He is a very healthy cat with a lovely attitude and a perfect coat. His only problem was his leg. He suffered no head or back injuries from whatever caused this leg injury. That made me feel a lot better. Once he went in for his surgery, I went home. A few hours later I received a text that his surgery went perfectly and I could get him the next day.

On the morning of Tuesday, 26th of November, 2019, I was able to pick up Ming and bring him home. I was told he has not eaten since he’s been with the SPCA or the vet. That means his last meal was on Saturday night. The whole car ride home he just sat there staring at me and I kept telling him he’s going home. Once we got home I brought him inside and sat his carrier down. I opened it and I expected him to run and go hide under the bed or the couch but no the first thing we did was go to his food bowl. I gave him a little bit of food as I didn’t think too much was a good idea. After his snack, he just wanted cuddles which was really surprising to me. He was so affectionate. For about 40 minutes he just sat at the ranch slider and just looked around the house.

This was the first photo I took of him when he got home. I can’t express how thankful I am that I still get to have my best friend with me.

About Your Tripawds Blog:

New Tripawds Bloggers: Please review your default first blog post for help getting started with your blog or review the Help Videos in your dashboard. Edit these widgets from your Appearance settings to remove this notice, upload a custom header photo, or choose from 130+ themes, and much more!